German stollen bread has been around since the 12th century, and shares its pedigree with Italian panettone, Polish kek, and Swedish birnenbrot. The dough relies on yeast to rise, and it’s packed with dried fruit and dusted with enough powdered sugar to resemble a quaint and wintry snowscape. Stollen is classically served with coffee, Schnapps, or Amaretto­, though it’s worth noting that it is also quite good with Champagne. Because stollen isn’t terribly sweet, it won’t overpower the residual sugar found in most bubblies. We hope you enjoy our rendition with a glittering glass of Mia Mousseux. 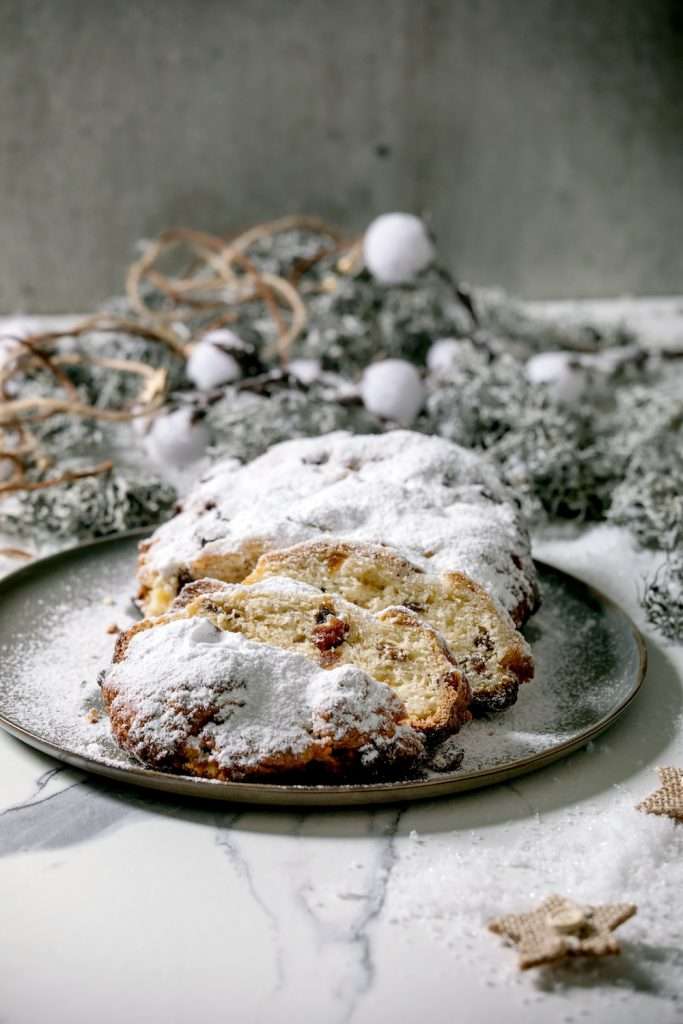 FOR THE FRUIT & NUT MIXTURE

In a small bowl, combine the raisins, currants, candied orange peel, candied lemon peel, almonds, and rum. Stir until the mixture is evenly coated with the rum. Cover the bowl and set it aside for at least two hours. For more intense flavor, assemble the fruit and nut mixture a day in advance.

In a small saucepan, heat the milk until it is lukewarm. Remove the pan from the heat, and whisk the yeast and 2 tablespoons of the sugar into the milk. Proof the yeast by waiting for 10-15 minutes, or until the yeast begins to bubble.

Turn the mixer on to medium speed, then slowly add the milk with the dissolved yeast into the bowl. Continue mixing for around 5 minutes until the dough forms a ball that no longer sticks to the side of the bowl. Remove the dough from the mixing bowl, and form it into a ball. Lightly spray the bowl with oil, then return the dough to the bowl. Cover the bowl with plastic wrap or a wet dishtowel.  Place the dough into a warm place and allow the dough to rise, for an hour to an hour and a half, or until the mixture has doubled.

Add the fruit and nut mixture to the bowl, and mix until the fruit is evenly distributed into the dough. Take care not to overmix.

Turn the dough out onto a floured surface and cut it into two halves. If the dough is too sticky, add more flour. Press or roll each piece into an oval that is approximately 1″ thick. If you are adding marzipan, roll it into a log, cut it in half and place it in the center of the dough. Fold the dough over the marzipan, then gently pinch the edges, so that the marzipan is completely encased in the dough.

Line a baking sheet with parchment paper and place the two loaves on the sheet. Loosely tent them with plastic wrap or a proofing bag, giving the dough a second rise for another 45-50 minutes.

While the dough is rising, preheat the oven to 350° and place a rack at the center of the oven.

Bake the stollen for around 30-40 minutes, until golden brown, and until a toothpick inserted into the center of the loaf comes out clean.

Remove the stollen from the oven. While the loaves are cooling, melt the butter in a microwave-safe bowl. Use a toothpick to poke holes all over the surface of the loaves, then brush them generously with butter. Place the powdered sugar in a sieve and dust each loaf until it is completely coated and white.

Serve it with a flute of Mia Mousseux Brut Rosé. The loaves can be made well ahead of your gathering and will keep for up to two weeks if tightly wrapped in aluminum foil or plastic wrap. A Light and AIRY Dessert for summer Once again, we were inspired by Biscuit and Pickles Catering Executive Chef and founder Dustin Joseph who recently 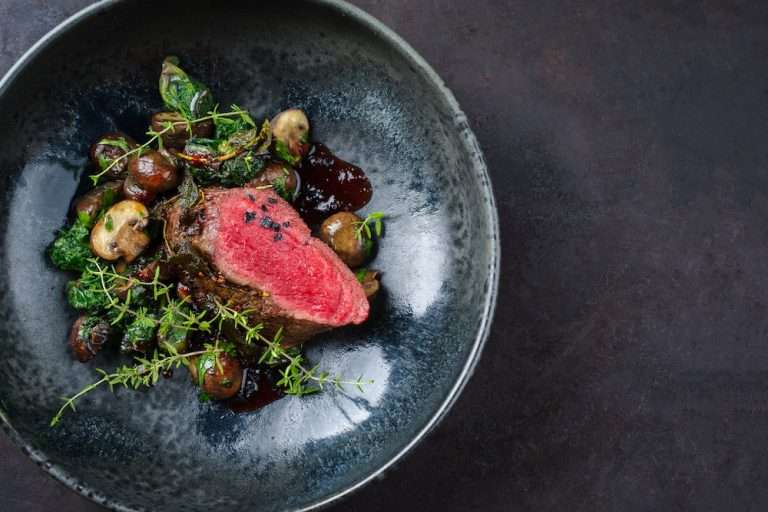 For Steak Lovers With summer nearly upon us, we wanted to give a nod to the backyard barbecue experience. While beef may not seem like 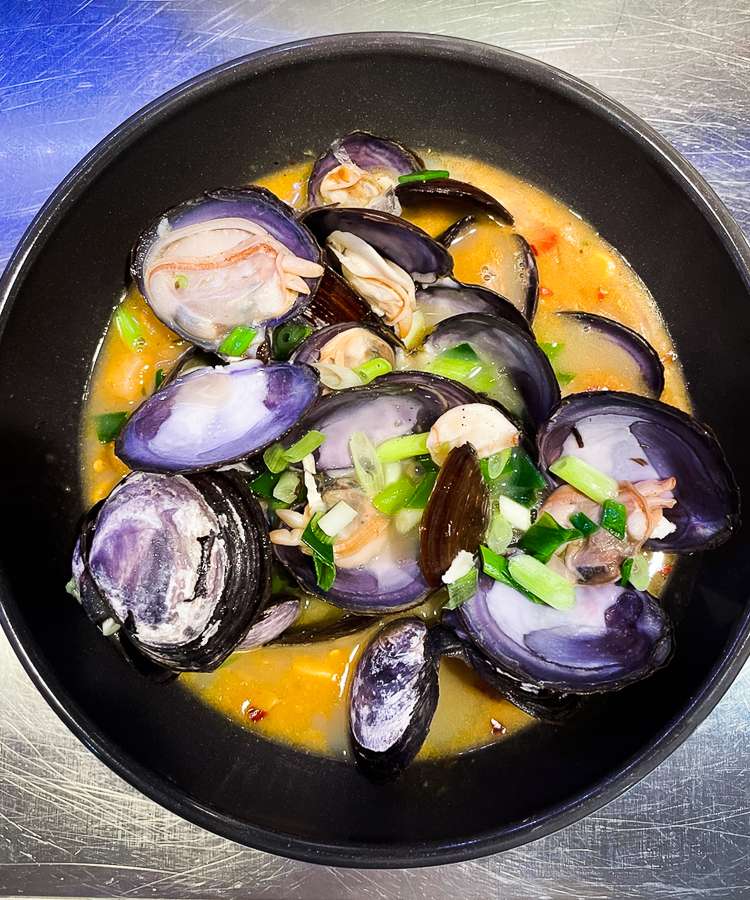 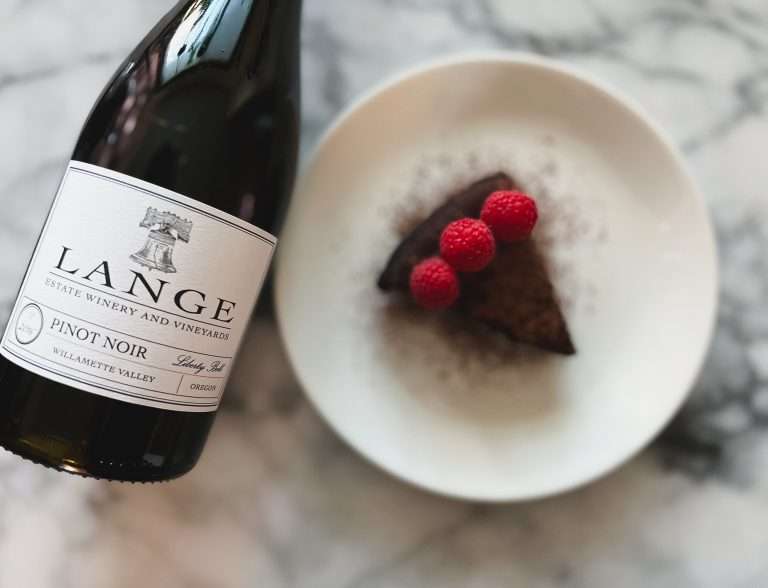